Apple is one of the most nutritious fruit, possessing various health benefits such as its significance in preventing cancer, keeping your heart healthy, being effective in weight loss, lowering the risk of diabetes, are among numerous other benefits. But several people get surprised when they hear about apple seeds being poisonous and their capability of killing a human being.

A lot of people have heard or read about, apple seeds being poisonous but some of those people are not familiar with the reason behind this fact. Well, apple seeds can indeed kill a person but only if they are consumed in a very large amount at once. This blog will answer various questions regarding apple seeds and why apple seeds are so poisonous that their consumption might kill a human being?

Amygdalin is that substance which releases cyanide into the blood when it is chewed or swallowed. Although the amount of cyanide in one apple seen is very nearly undetectable by the human body.

If someone has warned you to not consume apple seeds, it was for a good reason but there are misconceptions about the number of seeds required to kill a human being.

According to a few studies eating seeds of 200 apples at once can cause serious damage to your body. Such a large amount of apple seeds release an extensive quantity of cyanide into the blood which results in blocking the flow of oxygen into the brain.

It is not possible to determine an exact amount of apple seeds that can be fatal for every single individual because it depends on various factors such as weight, age, and other health conditions of a person at the time of consumption.

Cyanide can cause serious damage to the heart and brain only if it is consumed in abundance. The amount of cyanide that can cause such damage is not present in one or two apples.

Symptoms that might follow after consuming a large amount of cyanide include spasm, shortness of breath, trembling, increased heart rate, respiratory failure, seizures, low blood pressure, and a few others. The amount of cyanide that can cause such condition is present in the seeds of around 150+ apples.

In some cases where people were poisoned by apple, seeds have survived but they either went to coma or experienced damages in their brain and heart.

In fictional movies or books, we have come across stories where characters were poisoned or killed by the consumption of a large number of crushed apple seeds. In the real world, there have been such incidents as well.

This particular case became a huge topic of discussion around the world. It was the reason that a lot of people got to know about apple seeds being capable of killing a human being if consumed in a large amount

In 2018 there was a case reported in Australia about a woman killing her husband by poisoning him with crushed apple seeds. The news of this incident became viral once people started sharing it on social media platforms. An Indian woman who was living in Australia with her husband planned to kill her husband with the help of her lover. They executed the murder of her husband by giving him crushed apple seeds. Both woman and her partner were sentenced for 22 to 25 years in prison.

If you are eating half of an apple and throwing out the rest, then you are not doing any good to yourself but merely wasting food. Seeds of one apple don’t produce enough cyanide to even make you slightly sick.

Apple seeds containing cyanide should not be the reason for not eating apples. There are numerous other health benefits of incorporating apples in your diet; which are much more significant and effective than the misconceptions about its seeds.

An apple seed itself doesn’t contain cyanide. There is a component called amygdalin which is present in apple seeds and that component releases a very small amount of cyanide when chewed or digested.

With all these misinformation or incomplete information about apple seeds people often perceive that even one apple’s seeds are capable of being poisonous to some extent. This conception is entirely false, the amount of amygdalin in each apple seed is 0.5 mg which can only release up to 0.6 mg of hydrogen cyanide when chewed or crushed.

This little amount of cyanide has no impact on your blood or the entire body.

So it is safe to say that there is nothing to worry about even if you have consumed an apple with its seeds. Those few seeds in each apple cannot harm a person.

Thence it is better to eat an apple’s seeds by mistake while eating an apple, than wasting half of an apple due to the fear of them being poisonous. But even then if you feel hesitant about eating apple seeds then just throw the seeds out before eating it. By doing this you will not just take maximum benefits of a nutritious apple but also save half of that apple from going to the waste with its seeds.

“Can apple seeds kill you?” A conclusion of this discussion and answer for the question is, Yes only if apple seeds are consumed in a large amount at once. For that reason, there is nothing to worry about if someone consumes few apple seeds by mistake. 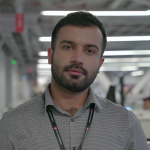 Hello there! I am Shahzad Murad, a Film and TV graduate of Bahçeşehir University
Istanbul’s communication department. Currently residing in my hometown Karachi,
Pakistan. Films, photography, writing, and art, in general, are an important part of my life not simply because of my academic background but art has been something that kept me motivated and fascinated throughout my life, which led me to take this interest of mine very seriously and not just as a hobby but as a profession as well. I am lucky that I got to choose my academic goals on the basis of my interest, unlike many others. Creating written and digital content is my job which is not just what I enjoy doing but at the same time it is a form of learning that keeps adding up the latest, updated and enlightening information in my book of knowledge, and spreading that knowledge to the readers of my content; isn’t that an exciting job?